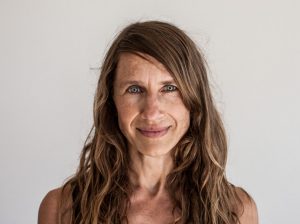 When I started shooting the documentary in 2013, I was dancing tango on a regular basis. I was dancing pretty much every day, or whenever I found a milonga. As a foreigner in Berlin, and before in Beijing, tango was my only trusted friend. I knew where I could go and what I could do to socially integrate. In Buenos Aires, I had taken so many private lessons that my dancing skills were slowly starting to meet my own demands. That feeling of being able to be creative with the music and with the right dance partner was simply amazing.

But tango also kept raising new questions. Whose arms did I keep finding myself in? How did I actually feel there? Was that longing for expression and oneness compatible with actually enjoying oneself? Would I be able to just have fun, and learn to cut out those moments of frustration? I realised that these questions were not exclusive to myself and were in fact typical “tango questions”.

In addition, I wondered more and more whether I, as a German, understood Tango at all. Does it make sense to give yourself over to a strange melancholy that is not mine? I was sure though, that the sadness of the music was transferred to us dancers.

All the films about tango I’d seen until then seemed to look at completely different issues. It appeared to me that the strong, but conflicting emotions of joy and suffering experienced by the non-professional tango dancer had been somewhat neglected. Despite the scene being huge worldwide. And that’s the story I wanted to tell.

I had been a captivated observer of the protagonists in my film for a long time before making it, so I was delighted when they agreed to be involved. For all five of them, a life without tango was unimaginable. They cherished their passion in a way that really touched me.

Since I wasn’t attempting to paint a portrait of the five people as individuals, I took some of their statements out of context and alienated them for the benefit of the story as a whole. I hope that by watching this film, viewers will be encouraged to reflect upon and discuss their own emotions.

Here you find more information on my art: www.irene-schueller.de